July is an excellent time to pull out the topwater plugs. Bass are post spawn and usually back on the feed. Who doesn’t like explosive surface strikes on a hot summer evening? I do! Surface temps in the 70-80F range are ideal.

Locations can be tricky during this period. It’s dependent on where the food is! In the past, we have done great on rock/pencil weed transitions and on rocky points. Bass are usually foraging on Crawfish. 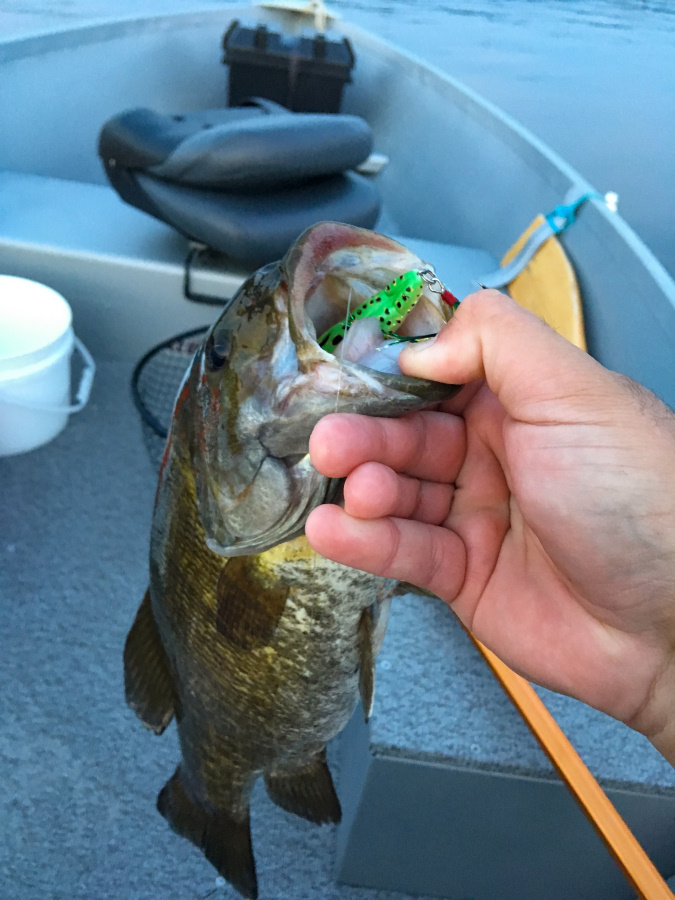 One of my all time favourites topwater baits has been the Live Target frog popper. Casts a mile and has a great bloop! Walk the dog style baits are also great options. In the jungle, weedless frogs are a must. The 2” kalin’s K- Frog is a great inexpensive plug for when those toothy critters are around. 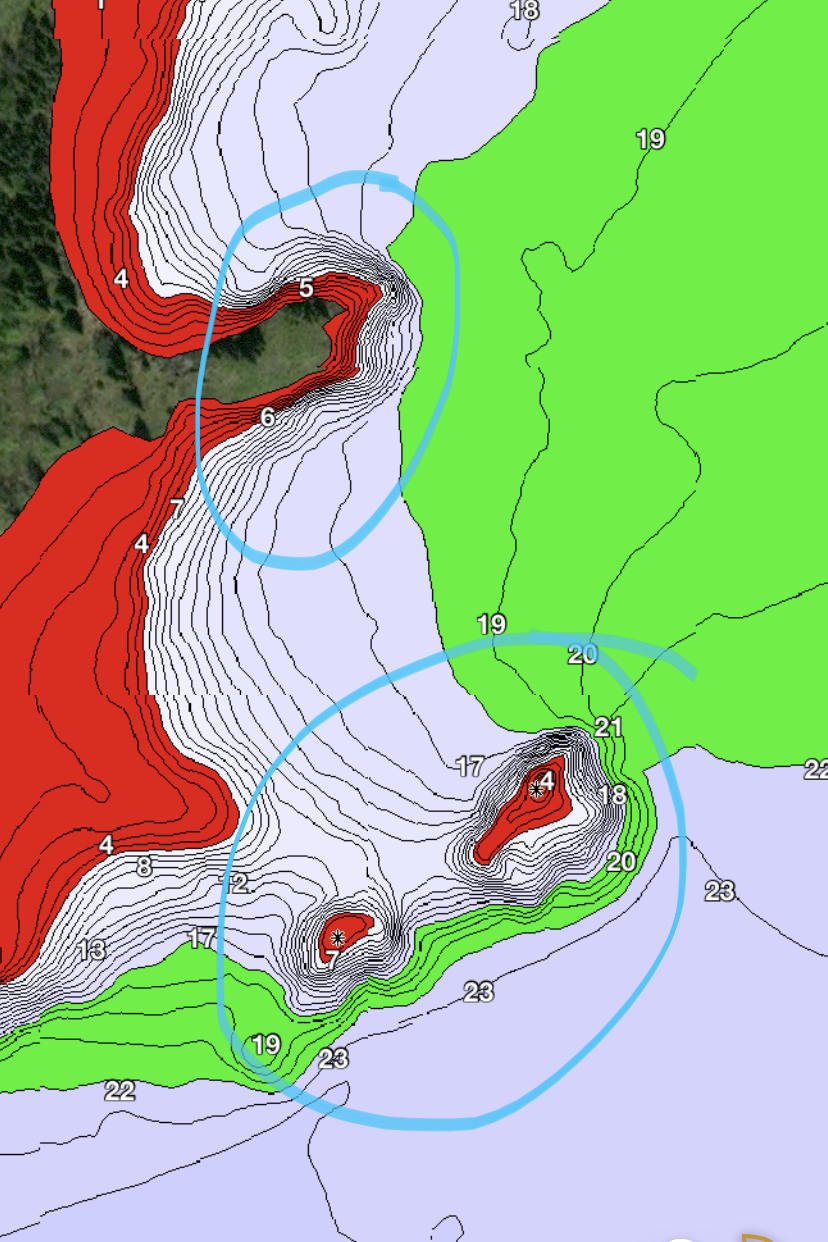 Places to check out this summer include a variety of lakes in Nopiming Provincial Park: Shoe, Booster, Black Lake, Quesnel & Happy Lake.

Get out there, enjoy the summer & tie on a topwater lure! You won’t regret it! See you on the water.

Musky season opened up in Northwestern Ontario one week ago, and Eagle Lake has already given up her first legal (54”+) fish of the year!

Treven Ouelett, a name familiar to this report has caught the first giant fish of 2021. While fishing on father’s day with his dad he was able to slide a 55.5” musky into the net! A true beast of a fish, and the second legal he has caught in as many years! Musky fishing is in good hands for the future with anglers such as Treven.

Treven is fast becoming the premier angler on Eagle Lake, leading a group of young anglers fishing out of Andy Meyers lodge. It’s been a while since someone has been this in touch with the Eagle Lake muskies, it is truly amazing to watch him! His humble demeanor and dedication to the sport is an inspiration to all anglers! 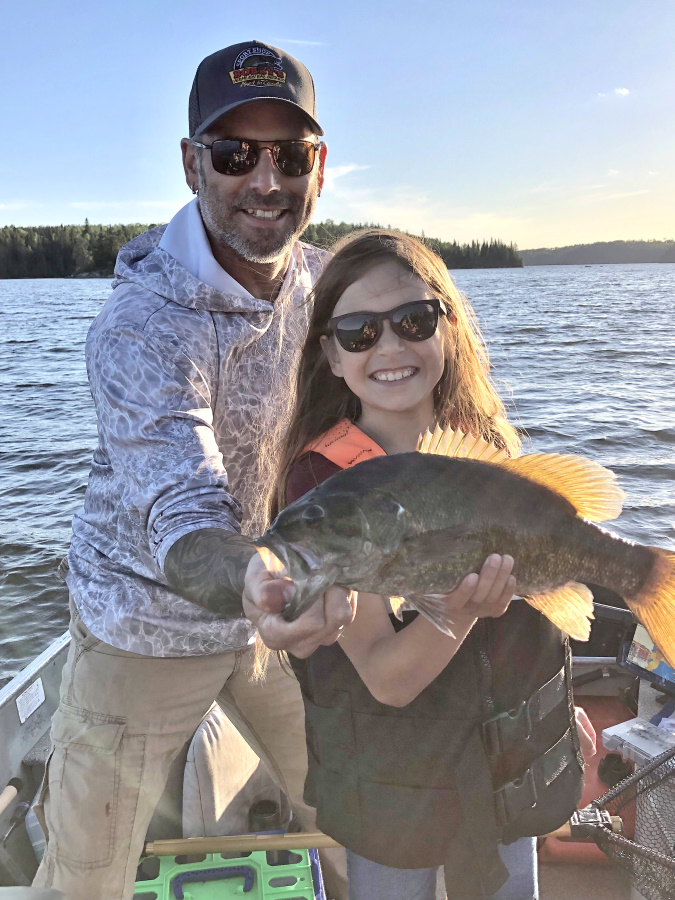 Bass fishing has been fantastic! Top water season is here, and with it some of the most fun you can have on the water. My girls had a great time reeling in smallmouth one after another on a recent outing. Using poppers and tail prop baits, the smallies were just hammering the baits as soon as they hit the water!

Walleye fishing has also been great across the region! 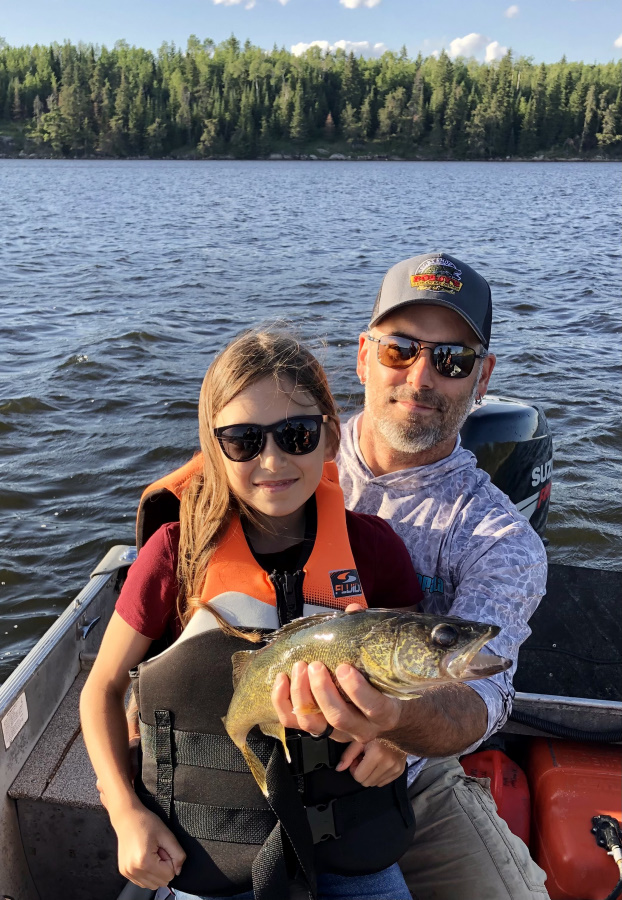 The guys over at Temple Bay Lodge have been catching fish up to the magic 30” mark as well as numbers of eaters everyday! Their secret bait? The ned rig!

I’ve had my family out and the girls have had no trouble catching walleye using jigs and minnows.

Reports of big pike getting caught have been coming in from all over the region. I personally caught a few large pike this past weekend and anytime you catch a pike in the 38-40” range you can be pretty happy! 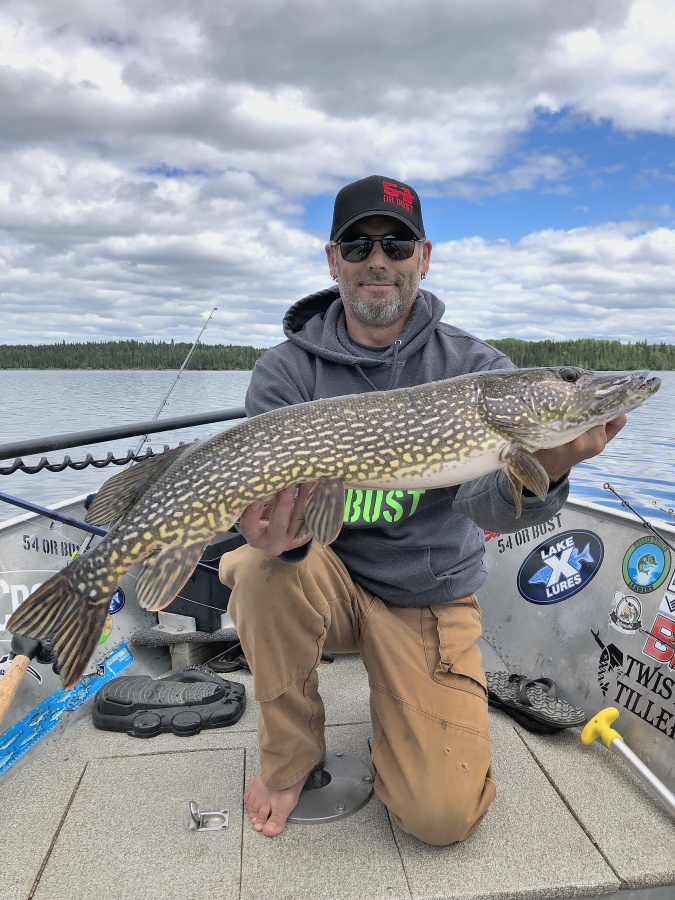 Ontario is open for Manitoba anglers and with the US border still closed now is the time to visit Sunset Country.

Everyone in the region is hoping to see our American friends soon. Until then, get out and enjoy some of the best fishing we’ve seen in years!

I just got back from four days at Ena Lake in northern Saskatchewan which delayed this fishing report. It was nice to be able to get out and travel again, though things were a bit crazy in the airports. It sure helps your mental state of mind to be double vaccinated. The great part of the trip is that I got to meet up with some old friends. Along were long time friends Ken Bailey from Edmonton, TJ Swanky from Cochrane, and Gord Ellis from Thunder Bay. I had not seen Gord and TJ for twenty years.  We enjoyed first class accommodation and food. 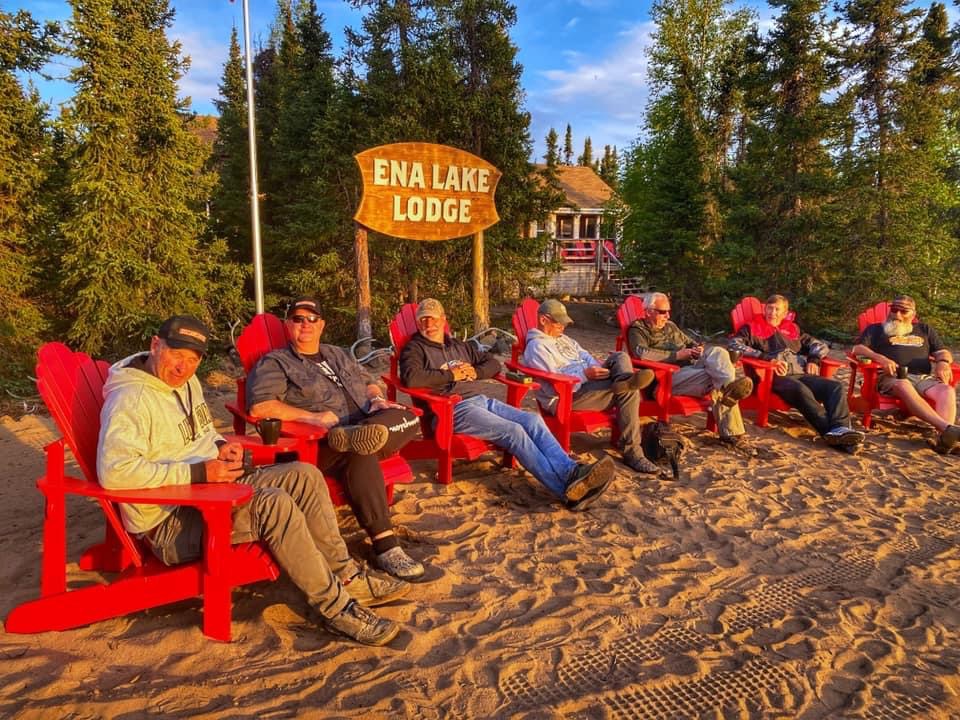 The fishing was good and the guides were a group of hard working young guns. I managed the largest pike of the trip at close to 42 inches and lost one considerably larger.

Brad Fenson from Alberta landed the largest lake trout at 35 inches. My biggest measured out at 33 inches but the last morning Ken Bailey and I landed six lakers over 30 inches with guide Brendan Birch (fishyb_403 -handle on Instagram!) The lake was just starting to heat up and the lakers were found on sand flats in 40 to 50 feet of water. We caught them on a variety of lures trolling including various spoons and T-60 Flatfish. A few were caught vertical jigging on Bondy Baits but it wasn’t the most effective way.

I spent some time fishing the Calling Lakes. Fishing on all the lakes was great with lots of smaller walleyes and a few in the three to four pound range. Jigs with a leach or night crawler was the hot ticket.. Bottom bouncing with glow blades was also working well.

Kenosee perch bite still on fire lots of small ones with a few 12”ers being caught. Rafferty Dam producing some good walleyes while at Alameda Dam the walleye bite is really starting come on. Bottom bouncing and jigs is working great worms or leaches seems to be the hot ticket. 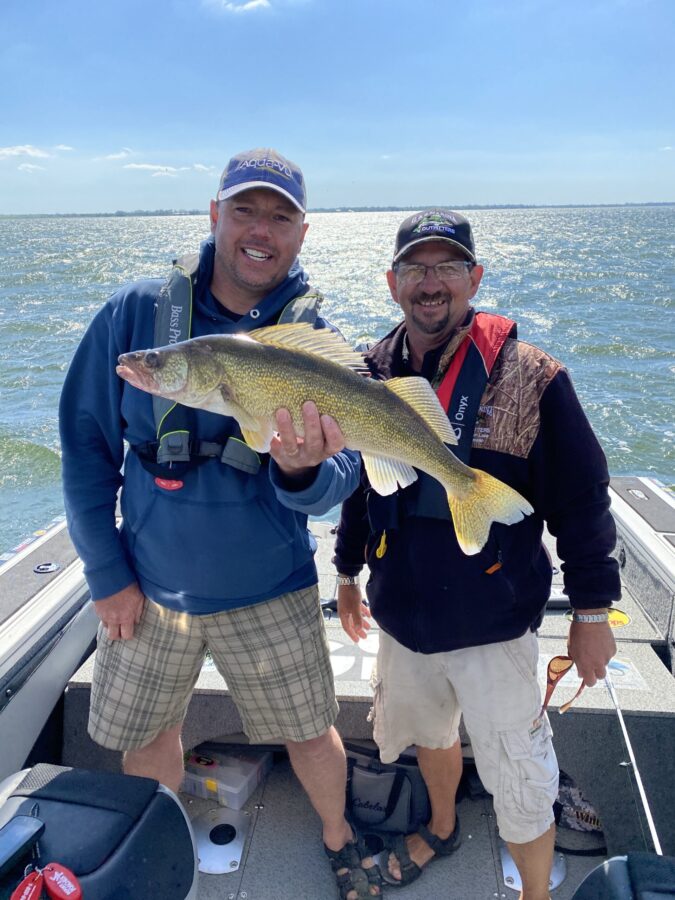 On June 15-17, we were scheduled to shoot a walleye episode of Fishing the Wild West TV on Last Mountain Lake, Saskatchewan. Unexpectedly, we had the good fortune of fishing with Rob Schulz the owner of G&S Marina Outfitters. Rob has been guiding on Last Mountain Lake for over 30-years and his lovely wife Donna gave Rob the day off and it didn’t take long for him to jump in the boat when I asked if he wanted to take us fishing. Walleye of all sizes were taking a half nightcrawler bottom-bouncing a Slow Death hook behind a sliver or chartreuse smiley blade harness. The walleye bite was light and the 30k wind conditions made it even more difficult to feel the subtle walleye bite. Often our rods would just load up under the weight of the walleye. Sand to rock transitions in 17 to 22 feet of water were key locations and held large numbers of walleye. 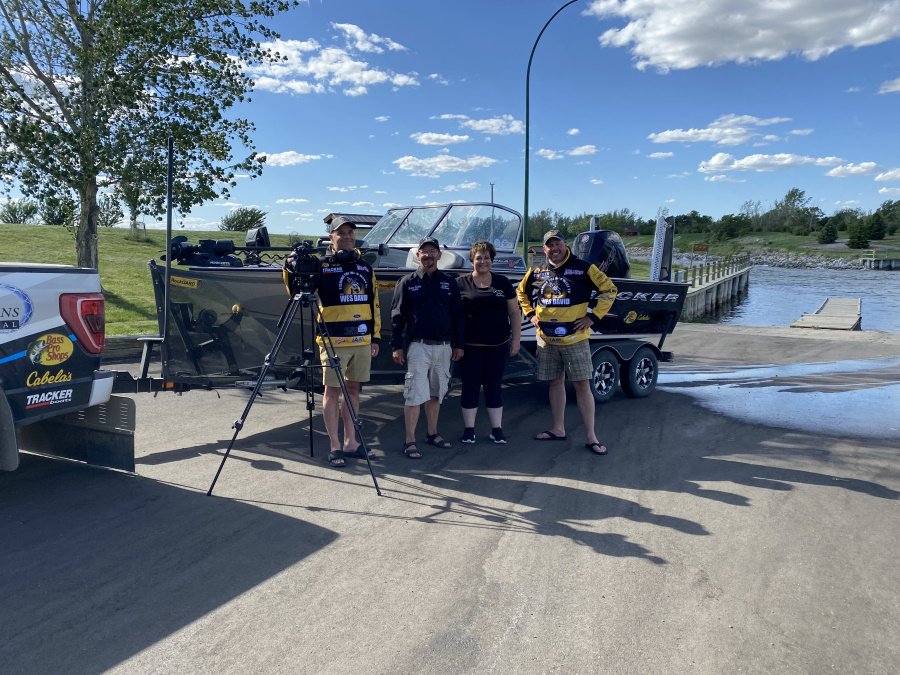 Lots of big fish caught off sand points and flats on rigs and leeches. 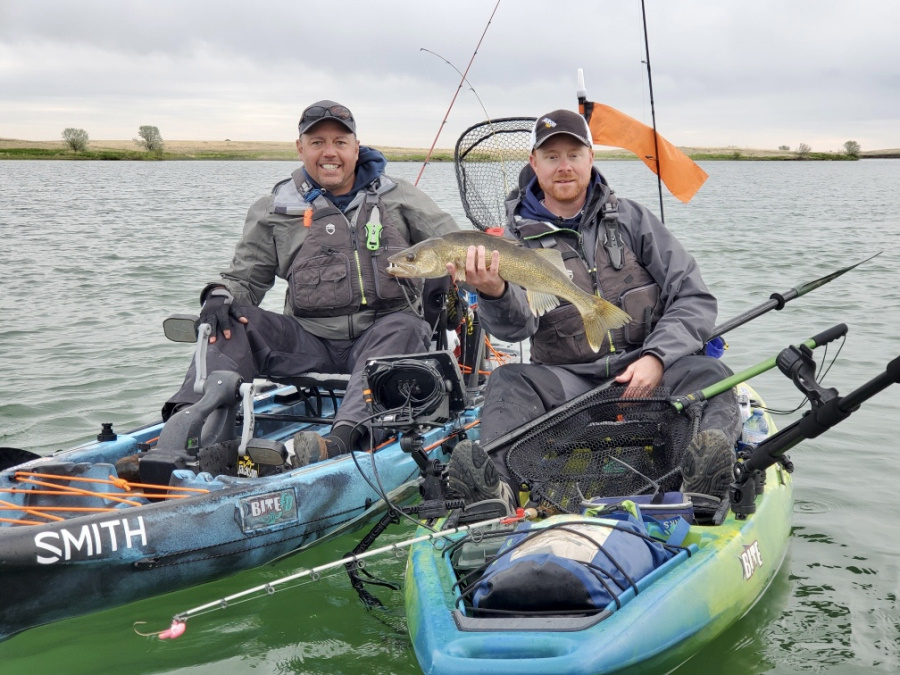 Despite the inconsistent weather, the southern Alberta reservoirs are fishing fantastic for walleye. Throughout the month of June, post-spawn walleye have been wanting small slow-moving baits vertical jigging or a slow bottom-bouncing presentation with a leech. It was the perfect opportunity to try my hand at kayak fishing for the first time. I contacted Trevor the kayak ambassador for AQ Outdoors and Jackson Kayaks. After a crash course in kayak fishing on a small trout pond, we headed to Rolling Hills Reservoir to vertical jig walleye from the comforts of the Jackson fishing kayaks. The walleye were taking leeches of a Big Sky Jig resting right on the bottom. We spent two days jigging countless walleye from the comforts of a fishing kayak. https://www.eid.ca/rhrcampground.html 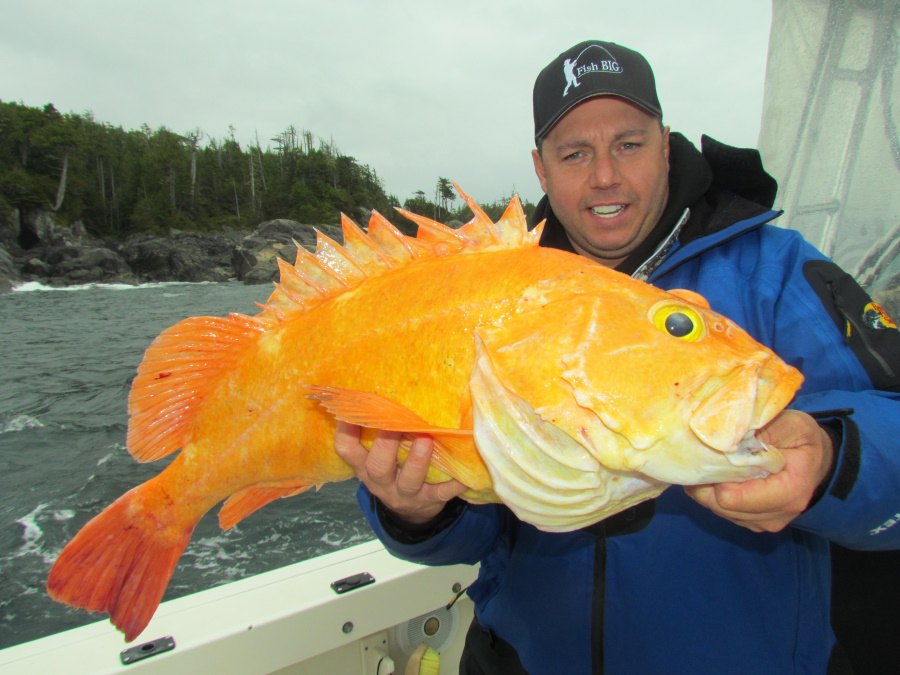 There has never been a better time for Canadian’s to book a West Coast fishing trip of a lifetime. I’ve fished with Serengeti Fishing Charters several times over the last 10-years out of Part Hardy BC on the north end of Vancouver Island, between May 15th and September 15th, and the fishing has been nothing short of spectacular and this year was no exception. Non-stop action for rockfish, lingcod, halibut, and in the areas Serengeti Fishing Charters fishes, they have not been affected by the changes in the salmon limits. Fish all day and return to the lodge for a hardy meal and all the comforts of home while your catch of the day is being filleted, flash-frozen, and packaged for your trip home at Hardy Buoys Smoked Fish. http://www.serengetifishingcharters.com 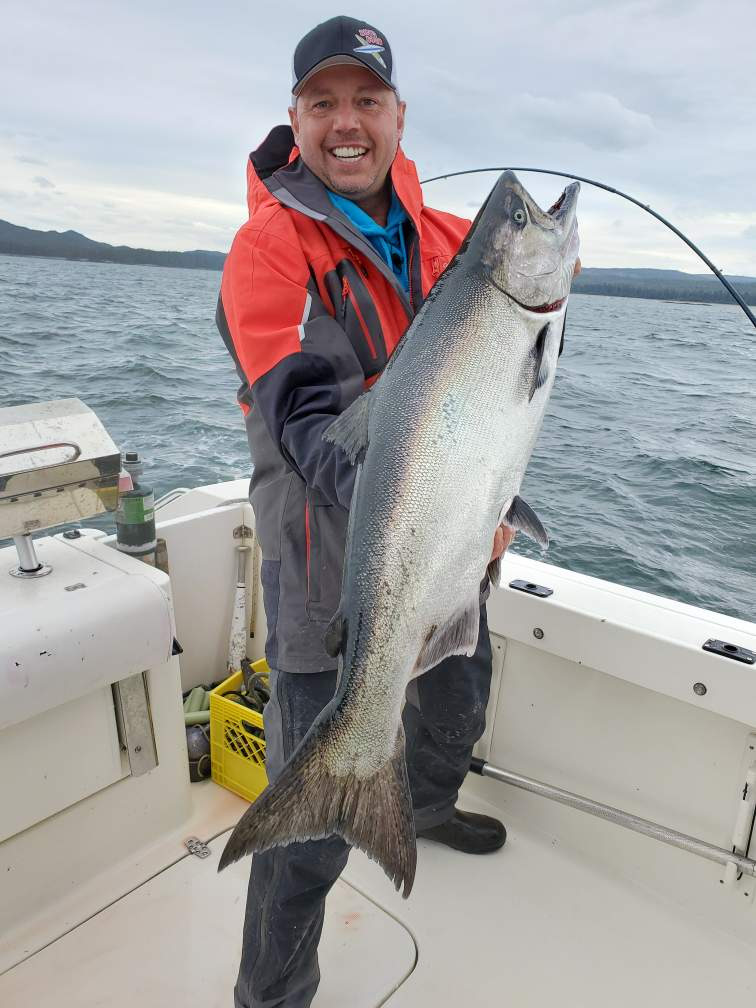